The problem with running away from home is that…. the problems follow.

Finally it was Christmas Eve and after a short but busy day at work I was finally ready to leave for Greece. My brother John drove me to the airport, during the drive he he got one last last chance to warn me about the recent protests in Athens. Over the last few weeks he had become obsessed with the riots, and spent a considerable amount of time on putting together a complete timeline of the events. I reminded him that Chicago is the murder capital of the United States, so I think I can survive a few protesters.

Ignoring my comment, he started, “you know why the riots and protests started right?”

“Well just a few weeks ago on December 6th, a student Alexandros Grigoropoulos was killed by two cops. His death started an immediate rash of demonstrations that rapidly erupted into rioting and violence.  Have you been watching it on the news? Students walked out of classes, buildings in central Athens were burned down, and Molotov cocktails were launched.”
Wow! That’s a nice little Christmas story but you already… Cutting me off he excitedly went on; “and less than two weeks ago the violence escalated when about 4,000 angry students threw firebombs at the riot police. The next day when the students attacked the police again, the riot police fired back tear gas in response.

A couple days later, a large group of demonstrators gathered in peace outside the Parliament building and the police again used tear gas on the crowd. At the same time on the other side of town in a neighborhood called Exarchia, a smaller mob of about a 100 firebombed the police station near where the student was killed. Maybe the two events were staged as the police weren’t prepared for this second attack”, he said shaking his head. “Then…he went on dramatically, last week the Christmas tree in the main square was ripped down by an angry mob of 150 protestors and at least three reporters were injured by the police. Just yesterday, thousands of protestors marched through the city when…” Seeing the look of utter horror on my face he trailed off and then added,  “oh I’m sure you will be fine.”

“Are you totally insane?” I asked, staring at him. You were just dying to tell that that little story weren’t you?
He switched to a more friendly tone; “Sorry, anyway what time are you getting into Athens?” I promised myself that I wouldn’t let his story get to me, and focused on the trip. Once at O’Hare airport, I hugged him goodbye, hopped out of the car and added. “Oh, I will text you when I get to Athens and let you know if I survived the protests!”
Security and check-in was quite smooth but unfortunately the flight was delayed due to the weather. Not a complete surprise during winter in Chicago,  I checked in with the desk about the delay and they assured me I would get rerouted to Athens if I missed my second flight. However, not sure I would make the third flight to Santorini but I prayed for the best, there was a slim chance I could still make it. After a three hour delay, we finally boarded the Alitalia flight to Milan.  The Christmas Eve flight was uneventful and I wondered what how my family was celebrating at home. 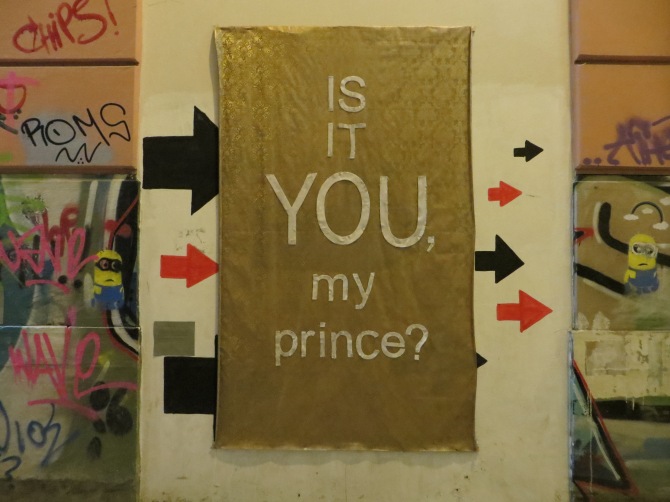 Eight hours later in Milan’s Malpensa airport , representatives from Alitalia split us up into groups to figure out who was delayed and to where. It was incredibly disorganized, but we were all eventually reissued tickets. While waiting, I called Aegean Airlines to see when the next flight was but they didn’t quite understand what I was asking. I decided to wait until I got to Greece to work through the flight details. It turned out to be a very long wait for the next flight to Athens. Once I got to Athens it didn’t even make sense to set out into an unfamiliar city that late at night; as it was about 11:45pm. I would have to spend Christmas in the airport alone.

After some duty-free shopping and a bite to eat, I decided to camp out on some benches I found in a remote area of the airport until my 6am flight to Santorini. Sitting at the airport alone and tired, the excitement of the past few weeks was replaced with a creeping feeling of depression.  The problem with running away from home or your life is…. the problems follow you. Changing the context of my life, my environment, didn’t..couldn’t change my feelings and thoughts.  I was definitely not over Mark yet, the break up was really bad to say the least, and it dragged on for months. Maybe even a year, before it fell apart completely. I was carrying around these bad feelings like over-stuffed luggage.  I felt like things we had closure but the feelings were still there.  Not sure how to lighten the load or if it was just a matter of time. I fell asleep on my make shift airport bed wondering if Tony or a trip to Greece would really change anything in the long run.

Next… The Greek Islands; Blue Skies and Wind Swept Beaches